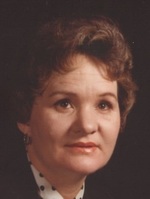 Janet S. (Langley) Jacobs, 81, of Mooresville, passed away peacefully on June 1, 2019 with her loving family by her side. She was born on February 6, 1938 to James Ned and Ida Jane (New) Langley in Spencer. She was a resident of Mooresville for most of her life.

In 1967, Janet and her husband, Earl C. Jacobs, would start Jacobs Machine & Tool Company in which she later took over after Earl's sudden passing in 1974. She enjoyed going to auctions and searching for rustic antiques along with interior decorating and designing. She had a keen eye for detail; but her greatest love was her business. She truly loved working and running the business. Her employees were like extended family to her.

The family would like to send out their sincerest appreciation to the number of caregivers that have been with them on this seven year journey.

The family is planning a private graveside service at White Lick Cemetery and the family will have a celebration of life service at a later date.

To send a condolence to the family or share a story about Janet, please visit: www.jonesfamilymortuary.com