To share your memory on the wall of James Lucas, sign in using one of the following options:

Provide comfort for the family of James Lucas with a meaningful gesture of sympathy.

Jim was a 1949 graduate of Decatur Central High School where he was inducted into the Decatur Athletic Hall of Fame in 1985 and the National Honors Society in 1949. He received his Bachelors from Indiana Central (U Indy) and his Masters degree from Butler University. He served in the Army during the Korean War and Honorable discharged in 1955. Jim was a high school math teacher for Decatur Central High School. He was also the coach for Basketball, Cross Country and Track. He also taught Driver's Education. He was an active member of the Avon Community Church of God. He enjoyed working with slot cars. He loved to restore old cars and working with wood, tile and concrete. Jim organized and played in basketball tourneys for several years and was a true animal lover.

To send a condolence to the family or share a story about Jim, please visit: www.jonesfamilymortuary.com.
Read Less

We encourage you to share your most beloved memories of James here, so that the family and other loved ones can always see it. You can upload cherished photographs, or share your favorite stories, and can even comment on those shared by others.

From, Michele Spivey (Farmington Hills, Michigan), Love Kari and Amie Bordner, and others have sent flowers to the family of James R. Lucas.
Show you care by sending flowers

Posted Jul 16, 2019 at 11:15am
Beth, l am so sorry for your loss I spent so much time over the years at your home taking dance lessons from childhood to adulthood and then with my kids and Jim taught me how to swim I will always be grateful for everything you taught us. You and Jim were always so good to us. Thank you for the wonderful memories of you both.
Debbie Clark Freund Shell
Comment Share
Share via:
FM

Posted Jul 14, 2019 at 10:24pm
May our Lord bless and comfort you and your family during this time of grief. Please accept my sincere condolences.

Truly Beloved Bouquet was purchased for the family of James Lucas. Send Flowers 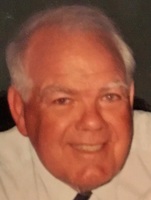