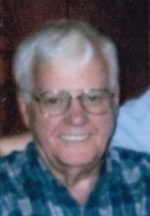 Homer E. Henderson, 84, of Martinsville, went to be with the Lord on October 26, 2019. He was born to Homer E. and Versie (Petrey) Henderson on April 6, 1935 in Flint, Michigan. He served honorably in the Marine Corps during the Korean War. He earned his Doctorate degree in Ministry and Religion.

Homer is survived by a special companion, Georgia Bryant of Martinsville.

To send a condolence to the family or share a story about Homer, please visit: www.jonesfamilymortuary.com